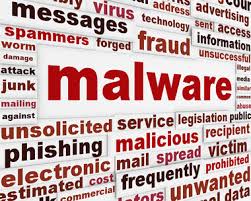 More than two-thirds of malware downloads came from cloud apps in 2021 and identified Google Drive as the app with the most malware downloads, taking the spot from Microsoft OneDrive, according to Netskope Cloud and Threat Spotlight: January 2022.

The 2021 Netskope Cloud and Threat Spotlight is the latest in a series of regular research reports published by Netskope Threat Labs.

The research also uncovered an increase in malicious Office documents from 19% to 37% of all malware downloads, all pointing to a rise in cloud application security risks. The report further shows that more than half of all managed cloud app instances are targeted by credential attacks.

As the workforce becomes more distributed and stretches the limits of network and data security, organizations must apply modern security controls, such as Security Service Edge (SSE)-led architectures, to enable users the freedom to securely move about the cloud.

Based on anonymized data collected from the Netskope Security Cloud across millions of users worldwide from January 1, 2020 to November 30, 2021, key findings of the 2021 Cloud & Threat Spotlight include:

“The report serves as a reminder that the same apps that you use for legitimate purposes will be attacked and abused. Locking down cloud apps can help to prevent attackers from infiltrating them, while scanning for incoming threats and outgoing data can help block malware downloads and data exfiltration.”