Home Just In GRAMMY Debates with Watson for fans

GRAMMY Debates with Watson for fans 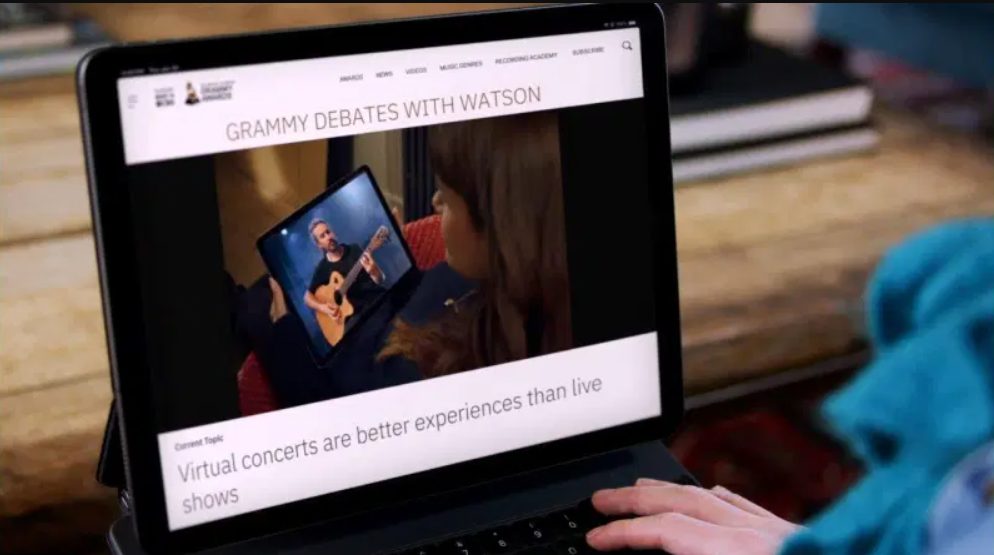 In order to design technology-driven fan experiences to engage and attract viewers and music fans, IBM and the Recording Academy conducted several design thinking workshops and developed an interactive experience that use IBM Cloud and IBM Watson to enhance the show’s engagement experience.

This is the fourth year that IBM has partnered with the Recording Academy to bring the power of artificial intelligence (AI) technology to the GRAMMY Awards.

In addition to this new fan experience, the Recording Academy announced it is transitioning its consumer-facing online platform, GRAMMY Backstage, to a digital environment running on IBM Cloud that will seamlessly host the preshow, the GRAMMY Awards Premiere Ceremony, and additional show content. GRAMMY Debates with Watson will run through theGRAMMY Debates with Watson will run through the 63rd Annual GRAMMY Awards, taking place on March 14.

GRAMMY Debates with Watson is a multi-week, AI-curated music debate experience, available to fans around the world. The experience allows music fans to contribute their individual points of view to some of the most compelling music-related conversations today.

Hosted on GRAMMY.com, fans can engage in debates related to the most groundbreaking artist or biggest style icon and add their pro or con arguments, in 8–36-word count summaries, via the online portal.

As an example, one debate topic is “Music education should be mandatory in all K-12 schools.” The input and data from the debates will be processed by IBM Watson, and lead to “conclusions,” that offer analysis on the submissions in real time.

GRAMMY Debates with Watson uses an innovation from the IBM Research Project Debater team – Key Point Analysis – that IBM plans to commercialize in IBM Watson NLP products such as Watson Discovery and Watson Natural Language Understanding. Key Point Analysis reviews fan input on the topics posed on GRAMMY.com to identify the most prevalent points and main topics of the submissions. Then, natural language generation technology is used to create cohesive pro and con narratives on each of the topics. The solution will also analyze public posts from social networks, such as Twitter, to help inform the debates.