Overall in 2021, organizations experienced 50% more weekly cyber-attacks than in 2020. With the Education/Research sector’s 1,605 weekly attacks taking the lead (75% increase). This was followed by Government/Military with 1,136 weekly attacks (47% increase) and Communications with 1,079 weekly attacks (51% increase). These are the findings of the “Cyber Attack Trends: 2022 Security Report” released by Check Point Research (CPR).

Software vendors experienced the largest year-on-year growth (146%) which goes hand-in-hand with the ever-increasing trend of software supply chain attacks observed in 2021. This last year has also seen evolving attacks on mobile devices, increase in major cloud services vulnerabilities, and the return of the notorious Emotet botnet.

Highlights from the “Cyber Attack Trends: 2022 Security Report” are 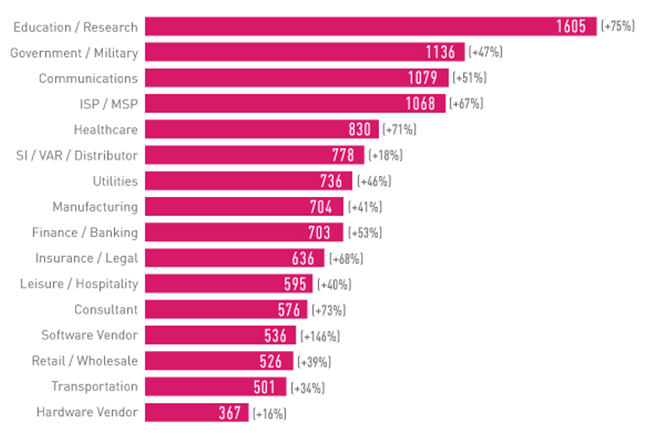 The findings of the “Cyber Attack Trends: 2022 Security Report” are based on drawn from Check Point Software’s ThreatCloud Intelligence between January and December 2021, highlighting the key tactics cyber-criminals are using to attack businesses.