Blockchain companies hit $30.4bn in total funding, a 44% increase in a year 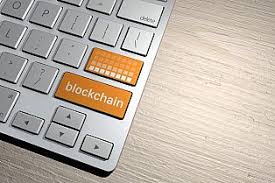 The increasing number of organizations accepting cryptocurrency and the growing interest in blockchain technology continue driving the entire sector’s impressive growth. However, recent years have also witnessed a surge in the number of venture capitalists pouring money into blockchain companies.

According to data presented by BlockArabia.com, blockchain companies raised $30.4bn in total funding, a massive 44% increase in a year.

By allowing digital information to be distributed but not copied, blockchain technology created the groundwork for the new type of internet. Although initially invented for the cryptocurrency Bitcoin, by improving online security and streamlining fundraising and payment options, blockchain technology was adopted by many companies across different industries.

The Crunchbase data showed 2018 was a record year for investment activity in the blockchain market, with companies raising around $10.7bn in funding rounds that year. However, the next two years brought a significant slowdown in venture capital funding.

In 2019, blockchain companies raised $4.3bn, with the cumulative funding amount rising to $20bn that year. However, statistics show 2020 brought even less fresh capital, with companies raising only $2.4bn.

After two challenging years for blockchain companies looking to attract investments and expand their business, investors flocked to this sector in 2021. In the first quarter, startups focusing on blockchain technology raised around $2.9bn, more than in all of 2020. The strong investment activity continued in the second quarter of the year, with companies raising another $4.1bn.

The Crunchbase data showed blockchain startups raised around $8bn YTD, a staggering 515% increase compared to a year ago period, and 20% more than in 2019 and 2020 combined.