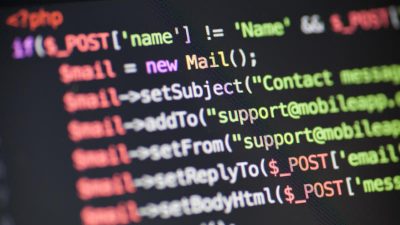 According to a research study, the shadow code — third-party scripts and libraries frequently used in web applications pose security risk to website. Read on to know more…

More than half of the security professionals and developers polled said there was some or a lot of security risk in using third-party code in their apps, according to the study by Osterman Research for PerimeterX.

Key Findings
The third annual survey conducted with Osterman Research on the use of Shadow Code in web applications titled “Shadow Code: The Hidden Risk to Your Website,” was released last month by PerimeterX.

Some of the key research findings include:

Misalignment between security beliefs and practices: While respondents claim to be aware of risks from Shadow Code, just 25 percent of them run a security check for every script modification, and only 33 percent can detect potential risks automatically.

If the Shadow Code unknowingly allows a third party to view data on a organization’s website, the organization is likely to fall out of GDPR or CCPA compliance since an unknown data processor is viewing data without public disclosure. For a organization required to maintain this type of data privacy compliance, this can result in millions of dollars in potential fines.

Statistics on websites that use third-party codes and scripts, the frequency of code updates, vulnerability and visibility levels, and the usage of technology to manage third-party script and open source vulnerabilities are all included in the report. Brand harm, loss of corporate reputation, loss of future revenue, and potential lawsuits were cited by more than half of respondents as “huge” or “major” concerns resulting from an cyberattack.

Survey Methodology
The survey was done in May and June 2021 with 501 firms from various industries in the United States, including retail and e-commerce, financial services, travel and hospitality, media and entertainment, gaming, and delivery services. All of the survey participants were security specialists or developers who were familiar with their companies’ use of third-party scripts.