Home Just In GSMA: More than two in five people will experience 5G by 2025

GSMA: More than two in five people will experience 5G by 2025

Since the mobile industry last met in Barcelona in February 2019, the number of 5G networks increased from three in South Korea; to 165 networks in over 65 countries worldwide. Added to this, every region in the world is now hosting a live commercial 5G network. These are the findings of the Global Mobile Economy Report 2021, launched by the GSMA, the organizing association of the Mobile World Congress, which is being held in Barcelona and will end on Thursday (July 1).

One of the findings of the report is that by the end of 2025, 5G will account for just over a fifth of total mobile connections, and more than two in five people around the world will live within reach of a 5G network.

The report further states that in 2021, 5G networks have been launched for the first time in Indonesia, Kenya, and in June in Tajikistan.

5G connections globally are forecast to reach 1.8 billion by 2025, according to the GSMA study. Developed Asia countries and the United States will lead the way in terms of 5G adoption: 53% of 5G connections will correspond to the developed countries of Asia-Pacific, 51% from North America and 48% from Greater China. Europe will represent 35%.

Developed Asian countries and the U.S. will lead the way in terms of 5G adoption, with 5G adoption expected to reach 53% of total mobile connections in developed Asian markets and 51% of mobile lines in North America, 48% in greater China and 35% in Europe by 2025, says the report.

The study reveals that although 4G has a significant headroom for growth, globally, it is expected to peak at just under 60% by 2023 as 5G begins to gain traction in new markets. In the main 5G markets such as China, South Korea and the United States, 4G has peaked and, in some cases, has begun to decline. 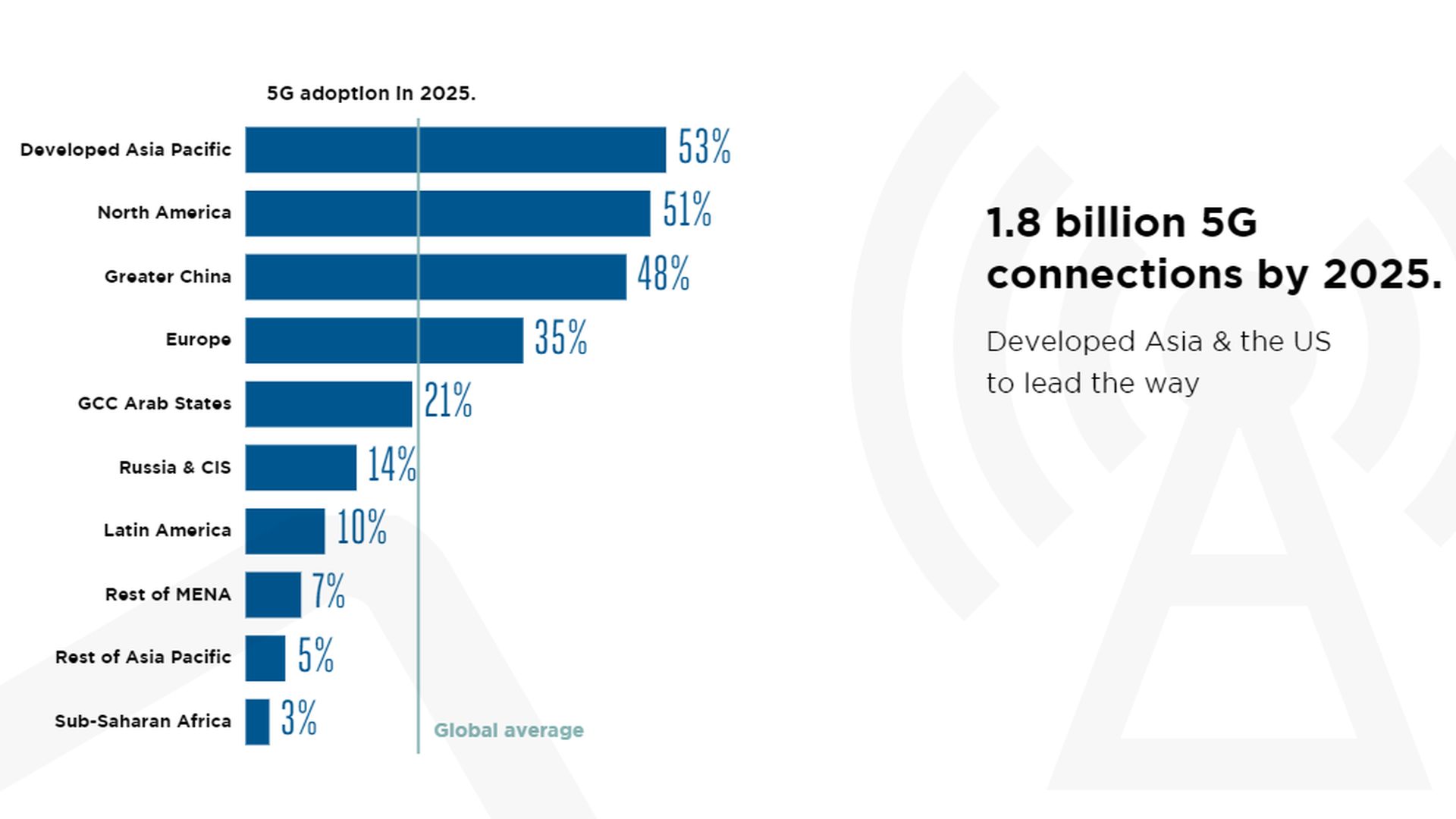 The report highlights the crucial role mobile technology will play as governments look to reinvigorate their economies and build a better, more inclusive society. It outlines a series of policy recommendations for shaping the post-pandemic digital economy, from direct stimulus funds and balancing policies for personal data to removing barriers to network deployment.