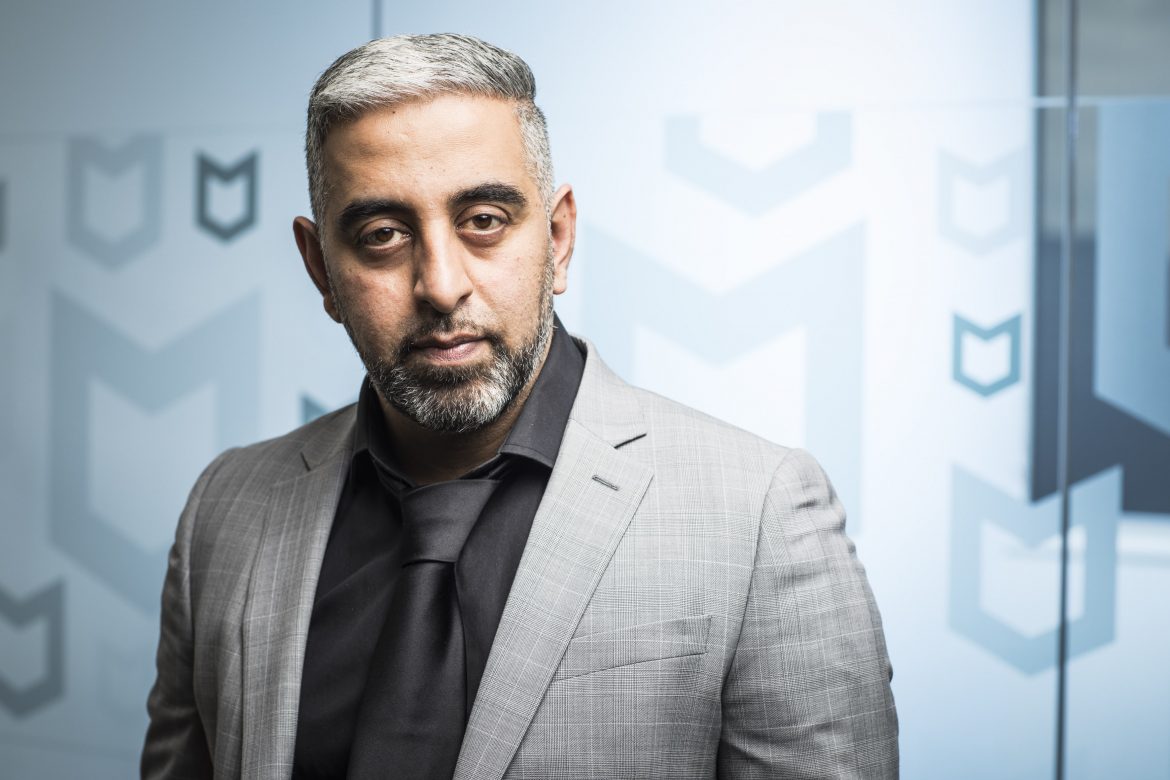 “Criminals will always evolve their techniques to combine whatever tools enable them to best maximize their monetary gains with the minimum of complication and risk,” said Raj Samani, McAfee fellow and chief scientist. “We first saw them use ransomware to extract small payments from millions of individual victims. Today, we see Ransomware as a Service supporting many players in these illicit schemes holding organizations hostage and extorting massive sums for the criminals.”

Each quarter, McAfee assesses the state of the cyber threat landscape based on in-depth research, investigative analysis, and threat data gathered by the McAfee Global Threat Intelligence cloud from over a billion sensors across multiple threat vectors around the world.

Ransomware declined by 50% in Q1 due in part to a shift by attackers from broad campaigns attacking many targets with the same samples to campaigns attacking fewer, larger targets with unique samples. Campaigns using one type of ransomware to infect and extort payments from many victims are notoriously “noisy” in that hundreds of thousands of systems will, in time, begin to recognize and block these attacks. By allowing attackers to launch unique attacks, RaaS affiliate networks are allowing adversaries to minimize the risk of detection by large organizations’ cyber defenses and then paralyze and extort them for large ransomware payments. This shift is reflected by the decline in prominent ransomware family types from 19 in January 2021 to 9 in March 2021.

Despite the high profile attacks from the DarkSide RaaS group exposed in Q2 2021, REvil was the most detected in Q1, followed by the RansomeXX, Ryuk, NetWalker, Thanos, MountLocker, WastedLocker, Conti, Maze and Babuk strains.

While prominent ransomware attacks have focused attention on how criminals use ransomware to monetize their crimes with payments in cryptocurrency, a first quarter 117% surge in the spread of cryptocurrency-generating coin mining malware can be attributed to a sharp spike in 64-bit CoinMiner applications.

Rather than locking up victims’ systems and holding them hostage until cryptocurrency payments are made, Coin Miner malware infects compromised systems and silently produces cryptocurrency using those systems’ computing capacity for the criminals that designed and launched such campaigns. The advantage to cybercriminals is that there is zero interaction required of both the perpetrator and the victim. While the victim’s computers may operate slower than usual due the coin miner’s workload, victims may never become aware that their system is creating monetary value for criminals.

“The takeaway from the ransomware and coin miner trends shouldn’t be that we need to restrict or even outlaw the use of cryptocurrencies,” Samani continued. “If we have learned anything from the history of cybercrime, criminals counter defenders’ efforts by simply improving their tools and techniques, sidestepping government restrictions, and always being steps ahead of defenders in doing so. If there are efforts to restrict cryptocurrencies, perpetrators will develop new methods to monetize their crimes, and they only need to be a couple steps ahead of governments to continue to profit.”

IoT & Linux Devices. A variety of new Mirai malware variants drove increases on the Internet of Things (IoT) and Linux malware categories in Q1.TheMoobot family (a Mirai variant) was observed to be mass-spread and accounted for multiple Mirai variants. These variants all exploit vulnerabilities in IoT devices like DVRs, webcams and internet routers. Once exploited, the malware is hidden on the system, downloads later stages of the malware and connects with the command-and-control server (C2). When the compromised IoT devices are connected to their botnet, they can be commandeered to participate in DDoS attacks.

Industry Sectors. McAfee tracked a 54% increase in publicly reported cyber incidents targeting the technology sector during the first quarter of 2021. The Education and Financial/Insurance sectors followed with 46% and 41% increases respectively, whereas reported incidents in Wholesale/Retail and Public Sector declined by 76% and 39% respectively.