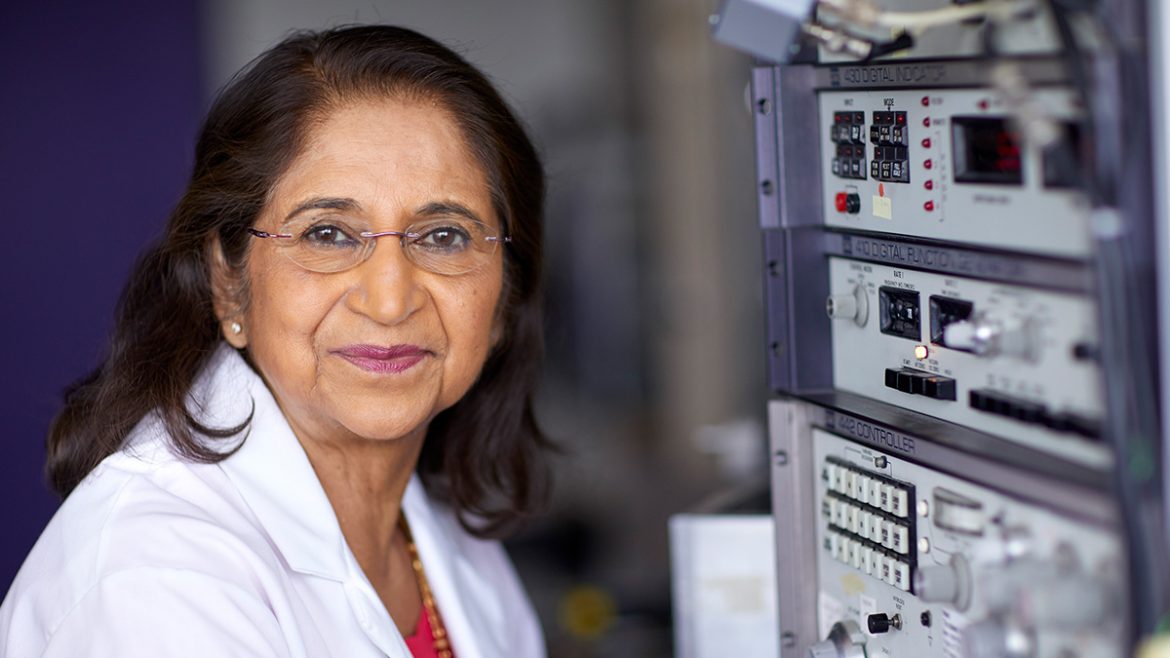 The European Patent Office (EPO) honoured Indian-American chemist Sumita Mitra with the European Inventor Award 2021 in the “Non-EPO countries” category. Mitra was the first to successfully integrate nanotechnology into dental materials to produce stronger and more aesthetically pleasing fillings, which are now used by dentists around the world.

“Sumita Mitra took an entirely new path in her field, and demonstrated how technological innovation, protected by patents, can transform a sector, and in this case bring benefits to millions of dental patients,” says EPO president António Campinos.

“Her invention remains commercially successful nearly 20 years after its launch – another reason why she is an inspiration to the next generation of scientists.”

The 2021 European Inventor Award ceremony was held digitally and, for the first time, was open to the public who tuned in to the event from around the world. The Award, one of Europe’s most prestigious innovation prizes, is presented annually by the EPO to distinguish outstanding inventors from Europe and beyond who have made an exceptional contribution to society, technological progress and economic growth. The finalists and winners in five categories (Industry, Research, SMEs, Non-EPO countries and Lifetime achievement) were selected by an independent international jury.

Nanotech innovation transforms dentistry
While working in the oral care division of US multinational 3M in the late 1990s, Mitra became aware of the limitations of existing materials used in dental fillings, which were either too weak to be used on biting surfaces, or quickly lost their polish. At the same time, nanotechnology was emerging as a field of research and Mitra decided to explore how these new developments could be applied to dentistry. She began working on nanotechnology-based solutions for a new dental material, driven by a desire to use her expertise in polymer chemistry and materials science to develop inventions that solve real-life problems.

Mitra and her team developed a technique for creating linked clusters of nanoparticles, which they called ‘nanoclusters’. These clusters combine single nanoparticles of varying diameters, resulting in a strong, durable and shiny material. By adding tiny amounts of pigment, and altering the chemical composition of the nanoparticles, the team was also able to create a range of different shades that can be matched to individual teeth, and layered to create a more natural finish. “The use of nanotechnology gave me the opportunity to make a new material,” says Mitra. “It restores peoples smiles and improves the quality of their lives”.

Following this successful development process, Mitra worked closely with 3M’s patent attorneys to draft the patents to protect her ground-breaking research. Although several new generations of the material have been developed since its launch in 2002 as FiltekTM Supreme Universal Restorative, the current line of products is still based on Mitra’s European patents.

The enduring legacy of Mitra’s work can be seen in the fact that 3M was named as one of the top three manufacturers of global composite fillings in the dental restoration market in 2019. Although she retired from the company in 2010, the success of her technology continues with products based on her inventions used in over one billion tooth restorations worldwide to date. Mitra herself continues to contribute to research and development through her own consulting company. In addition, she enjoys volunteering at schools and colleges, passing on her enthusiasm for science to young people: “Curiosity and exploration are the essential points of starting an innovation. It is something that we really need to cultivate in our children,” Mitra says.

Sumita Mitra is a partner at Mitra Chemical Consulting, LLC, a company she set up with her husband after leaving 3M in 2010, and which advises companies on new technology development, product design, commercialisation, mergers and acquisitions. She was named an American Chemical Society Hero of Chemistry in 2009, inducted into the US National Inventors Hall of Fame in 2018 and elected to the National Academy of Engineering in 2021 for her work related to inventions in nanotechnology for use in dental materials. Other awards include a Hollenback Memorial Prize from the Academy of Operative Dentistry (2020); a Peyton-Skinner Award for Innovation in Dental Materials from the International Association of Dental Research (2012); and a Top 25 Women in Dentistry Award (2010). Mitra was elected to the 3M Carlton Society in 1998 – the highest 3M award given for lifelong contribution to R&D.