Home Just In During Festive Season in India, there has been a 30-fold Surge in DDos Attacks

During Festive Season in India, there has been a 30-fold Surge in DDos Attacks 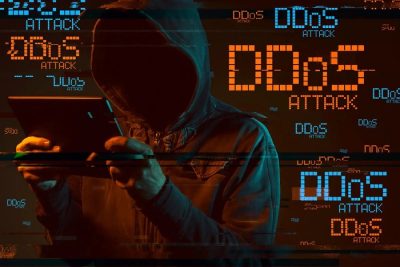 According to a new report released on Wednesday, the number of Distributed Denial-of-Service (DDoS) cyber attacks in India increased by 30 times in October compared to the previous month.

Tata Communications’ cyber-security analysts discovered that while the attacks started with a few targeted broadband providers in early October, the pattern changed and by the end of the month, attacks targeting multiple broadband providers at the same time.

The majority of these attacks were designed to flood an ISP’s network with malicious traffic, consuming all available bandwidth and making the network unusable to legit users.

The findings showed, “A deeper analysis of the data found that these attacks were focused on services that are used extensively during the festive season, including media streaming, Internet phone services and online gaming,”

A DDoS attack is a malicious attempt to interrupt a targeted server’s, service, or network normal traffic by flooding the target or its surrounding infrastructure with Internet traffic.

When it comes to ISPs that are part of a country’s crucial infrastructure, the repercussions can be far more dire.

The stakes have risen even higher during the pandemic, with businesses relying heavily on their networks to maintain business continuity.

The researchers warned that in these trying times, it’s critical to stay aware about the ongoing DDoS threat targeting ISPs and to implement best practises to fight against attacks.

Cybercriminals launched nearly 5.4 million DDoS attacks in the first half of 2021 alone.

Multiple ISPs in Europe were targeted during this period, creating substantial operational disruption for organizations connected to them. Similar attacks have been reported in other regions of the world and India.