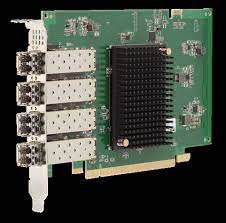 Broadcom Inc. has announced immediate availability of its Emulex Gen 7 LPe36000-series Host Bus Adapters (HBAs) — the world’s first 64G Fibre Channel HBA. With the release of LPe36000-series, Broadcom becomes the first in the industry to provide a complete portfolio of products that enable an end-to-end 64G data path.

Emulex HBA’s performance is made possible due to a record-shattering 10 million IOPS1, which is over 2x higher than previous generation and over 5x higher than the competition. Combined with the industry’s lowest latency HBA response time of 10 microseconds (µs), Emulex provides the performance required to fully utilize the latest PCIe 4.0 bus bandwidth which is double that of PCIe 3.0.