Home Just In Ambuj Bhalla Appointed as CISO by BharatPe 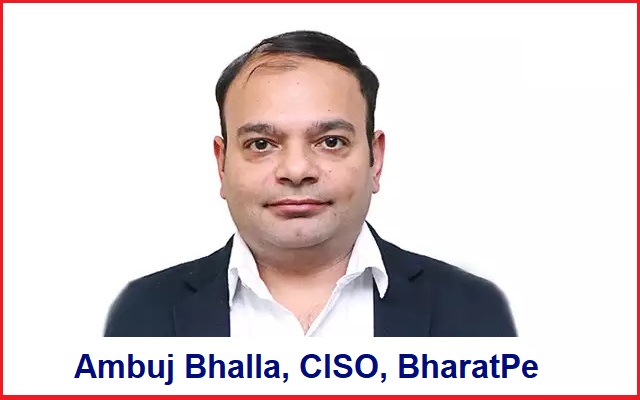 Ambuj Bhalla has been appointed as BharatPe’s Chief Information Security Officer (CISO), the company announced on Tuesday. Additionally, BharatPe has named Ravinder Oberoi as the Head of Compliance and Rahul Bhatia as the Head of Internal Audit.

For the BharatPe Group, Bhalla will be responsible for effective IT security and cybersecurity frameworks.

Bhalla will team up closely with the Audit Committee and be in charge of establishing governance and internal audit framework for BharatPe Group.

Oberoi will be in charge of establishing the Compliance function and developing ties with the regulatory bodies.

According to a statement, Bhalla previously served as InterGlobe Aviation’s head of cybersecurity. Bhatia oversaw the risk and compliance function at Tide, and Oberoi served as Vice President of Aye Finance.