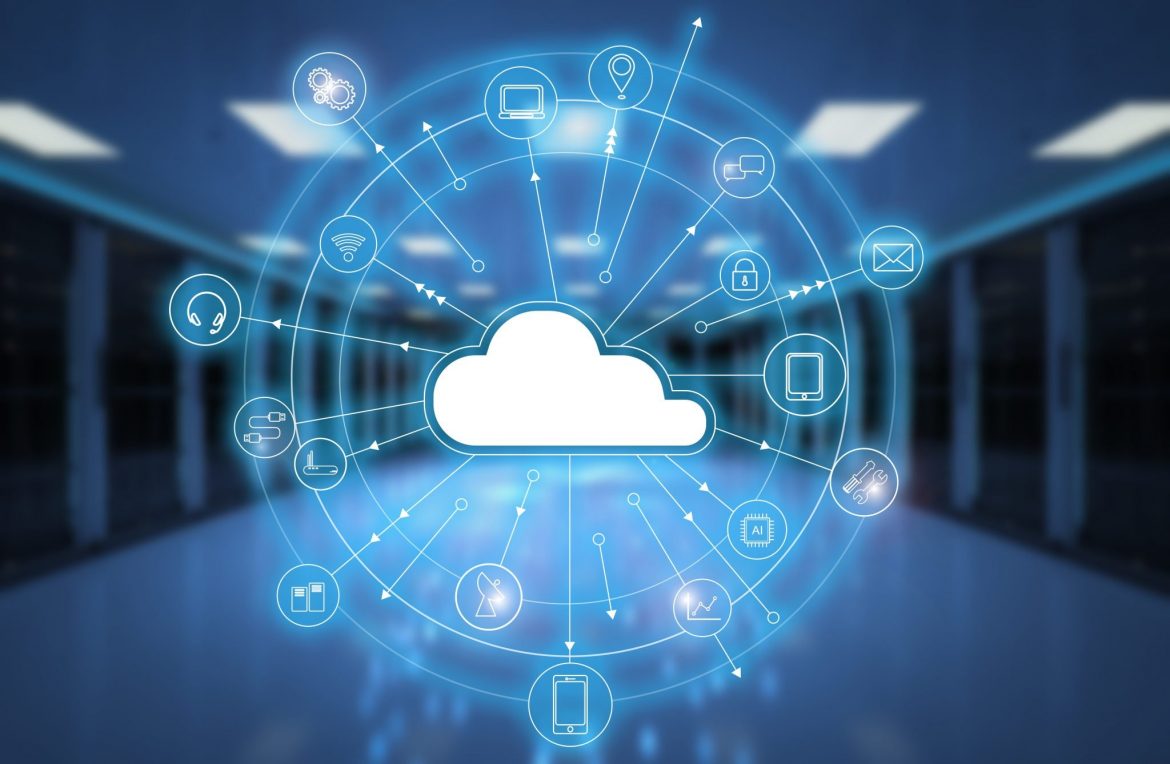 Final 2021 data from Synergy Research Group shows that worldwide spend on data center IT hardware and software grew by 10% from 2020, primarily thanks to a 20% jump in spending on public cloud infrastructure, which pushed it to an all-time high.

Cloud providers continue to invest heavily in their data centers to satisfy the ever-increasing demand for their services. Meanwhile enterprise spending on their own data center infrastructure bounced back a little in 2021 by growing 3%, following a 6% decline in 2020.

In terms of full-year 2021 market share, ODMs in aggregate account for the largest portion of the public cloud market, with Inspur, Dell and Microsoft being the leading individual vendors, all having a similar market share. The 2021 market leaders in enterprise infrastructure were Microsoft and Dell, followed at a distance by HPE, Cisco, VMware and IBM. 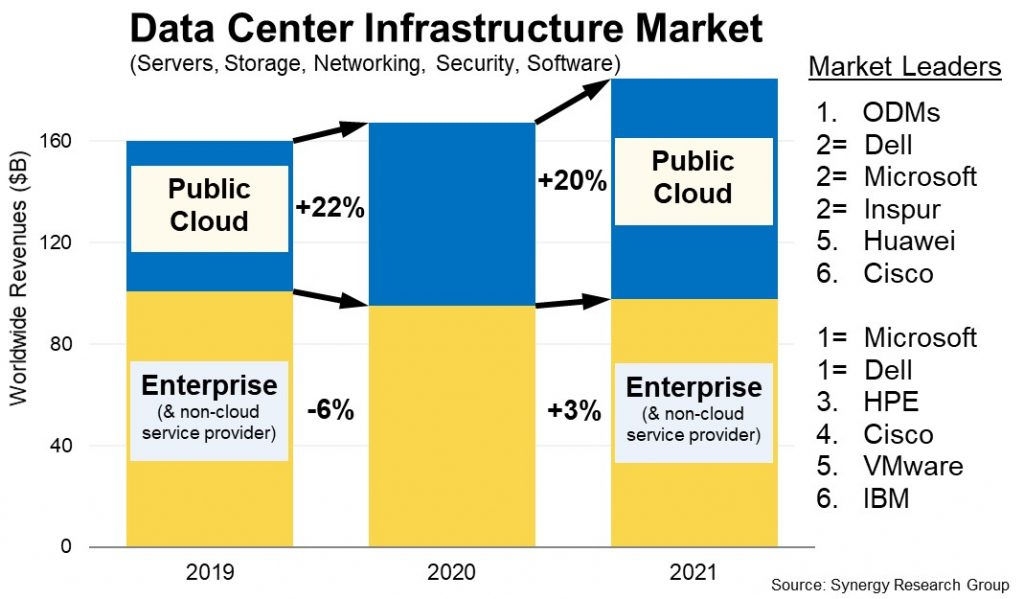 By segment, Dell is the overall leader in server and storage revenues, with Inspur being a clear leader in server sales to public cloud providers. Cisco is dominant in the networking segment, while Microsoft features heavily in the rankings due to its position in server OS and virtualization applications. Outside of these four, the other leading vendors in the market are HPE, Huawei, VMware, Lenovo and IBM.

The total data center equipment market continues to expand with overall 2021 growth rate picking up after two relatively subdued years. The biggest story is the ever-increasing share of the market that is accounted for by sales to public cloud providers, who now account for almost half of all spending on data center gear,” said John Dinsdale, a Chief Analyst at Synergy Research Group. “We forecast that these trends will continue over the next five years, with double-digit annual growth in sales to cloud providers helping to offset a somewhat flat enterprise market. In the server segment of the market, unit shipments to public cloud providers have now far surpassed enterprise volumes, though the difference in value of the two market verticals is much less pronounced due to higher enterprise server ASPs. That gap in value will grow as public cloud server volumes continue to surge.”