The Technical Issues Behind the Latest Outage of Facebook Services 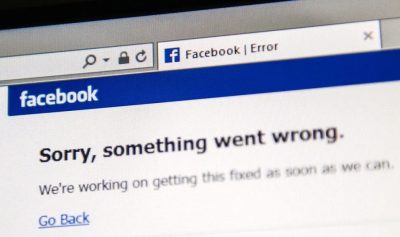 Yesterday, Facebook’s services including WhatsApp, Instagram and Oculus VR went down for few hours due to a global outage. Read on to know more about it…

Yesterday, there was a global outage of Facebook’s services, including WhatsApp, Instagram, and Oculus VR, that went down just after 9 p.m. IST on Monday and did not reappear until early Tuesday morning. For around six hours on Monday, social media platform Facebook and its family of applications WhatsApp and Instagram were unavailable to billions of users, in what was one of the longest outages for Facebook at a group level. While there were rumours of a cyberattack on Facebook’s systems, Facebook stated that the outage was caused by a configuration error.

The outage impacted users all over the world, and according to some sources, even Facebook personnel were affected because the company’s internal systems were down, preventing them from using internal e-mail clients and other services.

Facebook wrote in its blog making it clear that the outage was not due any cyberattacks, “We want to make clear at this time we believe the root cause of this outage was a faulty configuration change. We also have no evidence that user data was compromised as a result of this downtime”.

The global outage was not likely the result of a cyberattack, according to the New York Times, which quoted two anonymous Facebook security team members, because the technology behind the applications was still varied enough that a single hack would not likely affect all of them at the same time.

According to the company’s blog post, Facebook’s engineering teams discovered that configuration changes to the backbone routers that coordinate network traffic across the company’s data centres caused issues that disrupted this communication. “This disruption to network traffic had a cascading effect on the way our data centers communicate, bringing our services to a halt,” it added. In simple terms, Facebook’s machines stopped communicating with each other because of what is called a DNS (Domain Name System) error.

Explaining a DNS error, Lotem Finkelstenn, Head of Threat Intelligence at Check Point Software Technologies said “Simply, it is the internet protocol to convert the words we use like Facebook.com to language computers know — numbers, or internet address. They do the conversion and route us to the services and applications we asked to use. When this service falls, the services look like they are down, but actually just not accessible.”

Cybersecurity researchers have tried to figure out the actual technical issues of the Facebook’s global outage. According to various sources, the root of the outage was a Border Gateway Protocol (BGP) issue. In simple terms, the BGP is the protocol that runs or makes the internet function. BGP is the technology that binds the internet together because it is a network of networks.

When BGP fails, internet routers are unable to determine what to do, resulting in the internet becoming unavailable. The routers, especially the big ones, maintain track of alternative possible routes for delivering network packets to the last possible source. In the case of recent outage, Facebook platforms were the last point of destination and the BGP failure meant that Facebook was unable to inform other networks know that it was on the internet.

According to researchers at Cloudflare, “a BGP update message informs a router of any changes you’ve made to a prefix advertisement or entirely withdraws the prefix.”

Last night, Facebook made a number of routing changes, and then routes were withdrawn, and Facebook’s DNS servers was offline. As Cloudflare explains, “Domain Name System (DNS) is the phonebook of the Internet.” Domain names such as cisoconnect.com or facebook.com are used to access information on the internet. Internet browsers use IP addresses, or Internet Protocol addresses, and DNS converts domain names to IP addresses so that browsers can load internet resources.

Have there been any previous outages on Facebook? Yes, the Facebook family of applications experienced a severe outage in March of this year, when the services were unavailable for about 45 minutes. Prior to this, there had been four major WhatsApp outages in 2020, the most recent of which happened in January and lasted roughly three hours. Following that, an outage occurred in April, followed by a two-hour outage in July, and a brief outage in August. In 2019, Facebook experienced its longest outage in history, with the social media platform unavailable for nearly 24 hours.