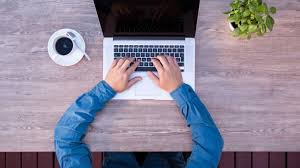 According to a new survey from Snow Software, the global leader in technology intelligence, 92% of IT leaders report their organizations were moving or had already moved to a hybrid work model.

Yet only 34% said enabling the shift to hybrid work was their department’s primary focus over the next 12 months.

The data suggests IT leaders may be underestimating the unique challenges of hybrid work, especially as their teams are already facing issues such as rising costs and insufficient security.

The study surveyed more than 400 IT leaders from organizations with over 500 employees to determine the current state of hybrid work and hybrid technologies.

• Majority of IT leaders are embracing hybrid work but already facing a new array of challenges. When asked about their feelings towards the larger trend of organizations moving to remote work, 57% of IT leaders said they were excited and 44% indicated they believe it was a move in the right direction. However, the shift has not been easy, even in the early stages. IT leaders report controlling and optimizing IT costs (18%), reining in shadow IT (16%) and managing cybersecurity threats (13%) as the most challenging aspects of supporting or transitioning to hybrid work. CIOs and C-level executives in particular are concerned about shadow IT, with 26% noting it as the biggest challenge posed by hybrid work.

• IT priorities are now focused on growth initiatives. After a year spent enabling change for their workforce, just 34% of IT leaders said supporting hybrid work would be their top priority over the next 12 months. Instead, respondents are turning their focus to larger corporate initiatives. IT leaders report that their top priorities will be enabling competitive differentiation (57%), reducing or optimizing IT costs (55%) and managing digital transformation initiatives (54%). Additionally, 48% of respondents said accelerating cloud adoption and migration was a priority, suggesting this will continue to be an important area of focus despite the rapid shifts that occurred in 2020.

• Following increased IT investments in 2020, IT leaders will spend even more in 2021. One area where hybrid work is having a big impact is IT budgets. When asked if they expect additional funding to support new ways of working, 84% of IT leaders said yes. Another 13% said they expected budget to stay flat while just 2% face budget cuts and 1% are unsure. When asked what they would spend additional budget on, 37% said additional IT staff, followed by 18% investing in SaaS applications and 17% investing in cloud infrastructure.

• Hybrid employees expected to become a bigger burden on IT. IT leaders do expect hybrid work models will change employees’ technology needs, with 34% saying it will increase their use of IT resources. Despite spending less time in the office, only 10% think hybrid work will decrease employee use of IT resources. Another 18% believe it will increase department-led technology purchases, which can contribute to shadow IT if the right policies, processes and staff are not in place.

• SaaS applications take center stage and require greater visibility and management. Unsurprisingly 70% of leaders reported that their investment in SaaS has increased over the past 12 months. Just 2% reported that it decreased and 28% said it stayed the same. IT continues to face issues with visibility and overall management of SaaS applications, which could make the transition and enablement of hybrid work more difficult. Nearly half said that controlling SaaS sprawl was their biggest challenge, while 26% said it was discovering unmanaged applications. When asked about the most impactful SaaS applications at their organization over the past year, 32% of IT leaders said Microsoft 365 followed by Google Workspace (20%), Zoom (19%) and Salesforce (11%).

“Despite the significant transition that organizations have faced over the past year, it seems that the future of hybrid work is putting IT leaders in a position where they will once again be required to quickly shift gears and adapt to a new reality,” said Alastair Pooley, Chief Information Officer at Snow. “While IT teams are planning and budgeting to enable their businesses, many don’t have the full picture of what their organizations will need when it comes to supporting a truly hybrid workforce. What we’ve learned over the past 18 months is that understanding how current technology investments are being utilized and what areas need more support is critical for teams to manage the pivot to a hybrid work environment when they are ready and able.”